(El Puerto de Santa Maria, Spain - August 20, 2010) - Sophomore camper Carlos squeezes senior camper Lucas' cheeks during arts and crafts time. Seniors can participate in an activity called "Crew Member Training" where they learn to work as a crew member during the two weeks on camp. They spend time with the younger campers during arts and crafts and they often use it as an audition for a possible job at camp in the coming year. ...Photo by Will Nunnally / TECS 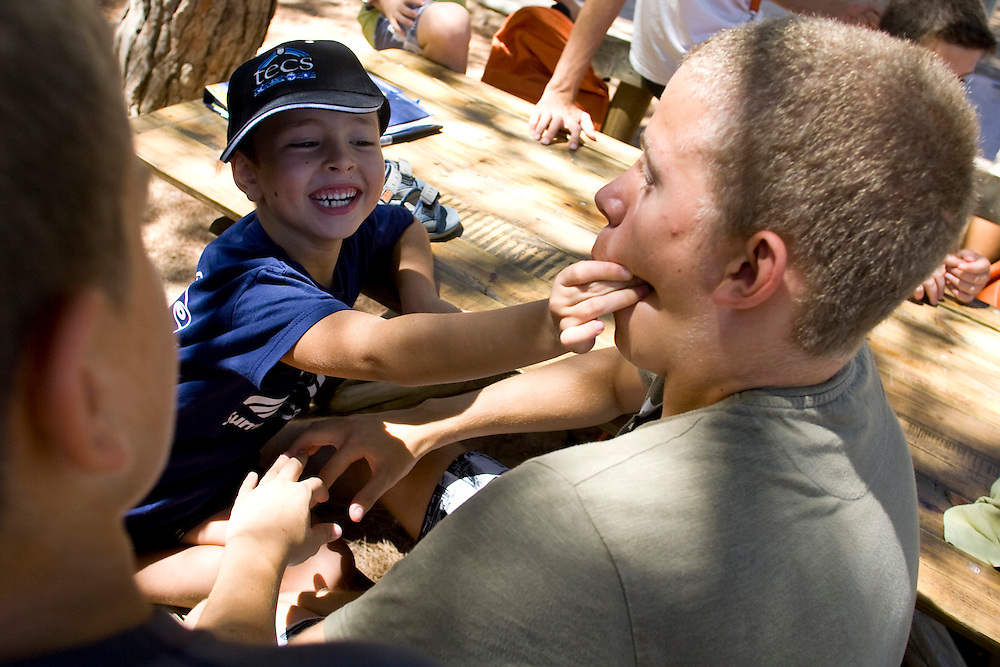