(Boston, MA - October 6, 2008) - Los Angeles Angels of Anaheim manager Mike Sciosia reacts to umpire Tim Welke's out call on a squeeze play in the ninth of ALDS Game 4 against the Boston Red Sox. Sciosia was upset because Sox catcher Jason Varitek dropped the ball after tagging Angels runner Reggie Willits as he tried to get back to third base. The Sox went on to beat the Angels 3-2 at Fenway Park to clinch a spot in their second straight ALCS. ..Photo by Will Nunnally / Boston Red Sox 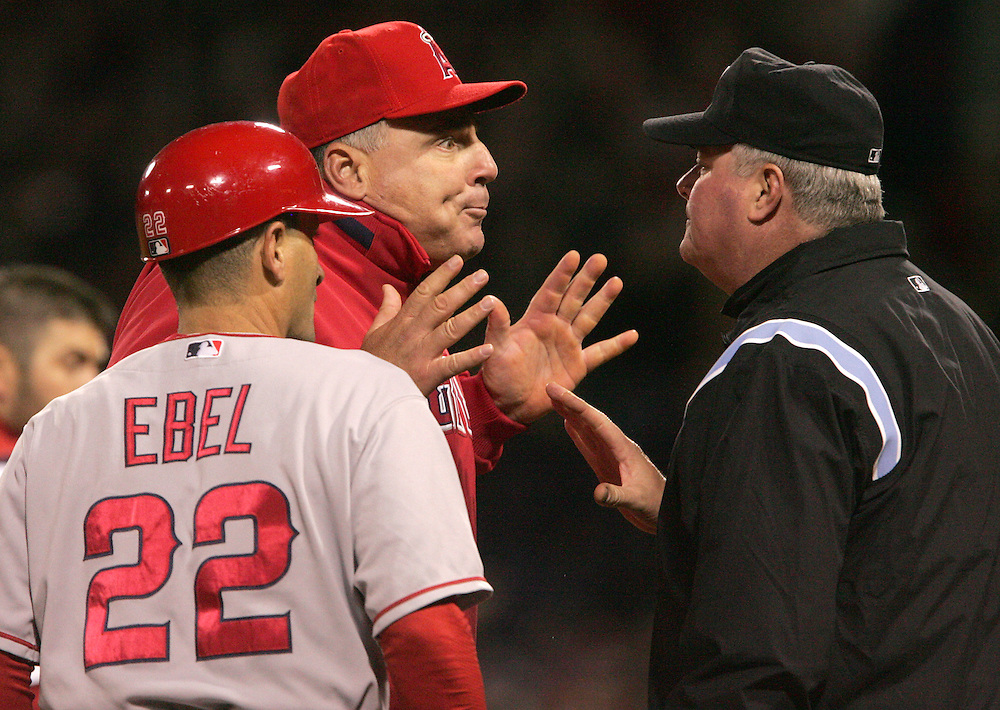